Four Reasons Why A Home Won't Be Listed Yet

Low inventories continue to plague housing markets across the country, as buyers face limited options and more bidding wars. But with home prices rising, more sellers are starting to put their homes on the market. 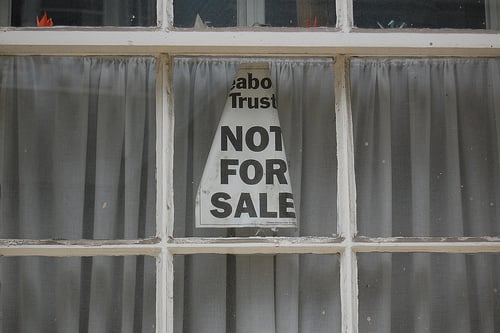 However, more than half of all existing homes are unlikely to be put up for sale anytime soon, unless there are significant changes in the housing market, according to a new analysis by Redfin. The real estate brokerage looked at transactions across 29 metro areas for single-family homes, condos, and townhomes, as well as mortgages and refinances, since 1999.

Researchers identified the following four categories of homes that are unlikely to reach the market anytime soon:

1. Low equity: Estimated 19 percent of homes. These are homes where the home owner owes more than 80 percent of the value on the home. Many of these low-equity homes were purchased or refinanced during the housing bubble between 2004 and 2009, according to the Redfin analysis. Redfin estimates that nearly all low-equity home owners will be in the black for the next five years.

4. Company or investor owned: Estimated 3 percent of homes. These are homes that are owned by a company or investor who bought five or more homes in a metro area during the past 10 years. “These investors are likely holding on to their investment for the capital appreciation and rental income,” according to the Redfin study.