Home prices increased 6.8 percent from a year ago to a national median sale price of $293,000 in July, according to Redfin, the next-generation real estate brokerage. This represented a slight decline of 0.3 percent from June. The median value of off-market homes in July was $249,000, as measured by the Redfin Estimate, up 0.7 percent from June. 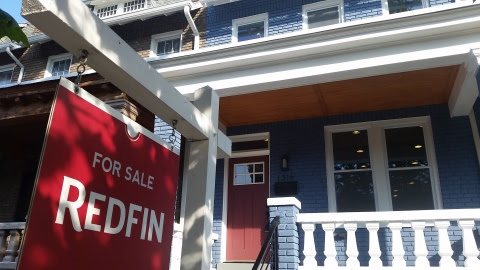 This Smart News Release features multimedia. View the full release here: http://www.businesswire.com/news/home/20170817005647/en/
Sales in July declined 3.5 percent compared to last year, constrained by a low supply of homes on the market. The number of homes for sale fell 11 percent, marking 22 consecutive months of year-over-year declines in inventory. July had a three-month supply of homes—higher than June’s record-low 2.5 months—but still well below the six months that represent a market balanced between buyers and sellers.
The inventory shortage is being felt nationwide. With the exception of Newark, N.J., and Miami, Fla., every metro Redfin tracks had less than six months of supply.

“In the first half of the year, the housing market was able to keep its head above water, despite high prices and low inventory, because buyer demand was so strong,” said Redfin chief economist Nela Richardson. “Multiple months of inventory declines took a toll on sales as buyers took a breather in July to wait for more listings. Despite last month’s sluggishness, the number of homes sold in the first seven months of the year was up 4 percent compared with the same period last year.”

The typical home that sold in July went under contract in 37 days, tying June’s record-setting pace. In three of the four most recent years, July and June have had the same number of median days on market. Portland and Seattle were the fastest-moving markets, with the typical home in each market finding a buyer in just eight days. More than a quarter (25.7%) of homes sold above their list price.

Competition
Portland, OR and Seattle, WA were the fastest markets, with half of all homes pending sale in just 8 days. Denver, CO and Boston, MA were the next fastest markets with 9 median days on market, followed by Tacoma, WA (10).
The most competitive market in July was San Jose, CA where 74.4% of homes sold above list price, followed by 71.9% in San Francisco, CA, 67.7% in Oakland, CA, 58.0% in Seattle, WA, and 51.8% in Tacoma, WA.

Conversely, the median list price-to-Redfin Estimate ratio was 103% in Miami, FL and 102.8% in Atlanta, which means sellers are listing their homes for more than the estimated value in those metro areas. In Atlanta, 74.5% of homes were listed above their Redfin Estimate, the highest percentage of any metro. To read the full report, complete with data and charts, please visit the following link:
https://www.redfin.com/blog/2017/08/market-tracker-july-2017.html

About Redfin
Redfin (www.redfin.com) is the next-generation real estate brokerage, combining its own full-service agents with modern technology to redefine real estate in the consumer's favor. Founded by software engineers, Redfin has the country's #1 brokerage website and offers a host of online tools to consumers, including the Redfin Estimate, the automated home-value estimate with the industry's lowest published error rate for listed homes. Homebuyers and sellers enjoy a full-service, technology-powered experience from Redfin real estate agents, while saving thousands in commissions. Redfin serves more than 80 major metro areas across the U.S. The company has closed more than $50 billion in home sales.