By Mike Wheatley | May 19, 2015
TwitterFacebookLinkedIn7BufferPinterestCopyReddit
7
SHARES

Home buyers may soon face more stringent underwriting standards and even higher interest rates when applying for a mortgage to purchase a home that falls within a homeowner association, the lending industry warns. 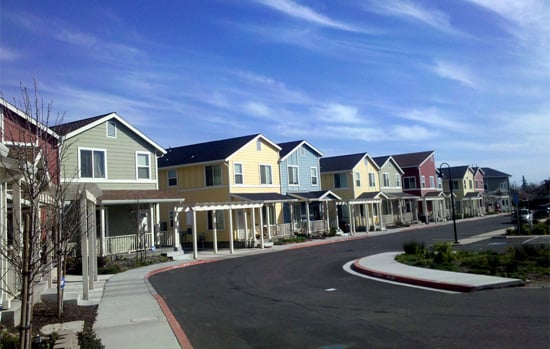 The threat comes from mortgage industry officials who are warning areas with state laws that give community associations "super-priority liens" on homes in which owners have failed to pay their assessments. Super-priority liens grants a homeowner association the right to initiate foreclosures as well as get the proceeds from the sale of the delinquent home ahead of the first-lien position, which is typically held by a mortgage lender. Twenty-two states, plus the District of Columbia, have authority for super liens, The Los Angeles Times reports.

David Stevens, president of the Mortgage Bankers Association, warned that in states with super liens where lender and investor interests can be erased, buyers may start to face higher loan fees, more stringent downpayment requirements, as well as time-consuming reviews of the homeowner association’s finances. Some lenders also have said that they will reconsider whether to do business in communities that have super liens.

Homeowner associations argue for "super-priority liens," however, saying that the assessments or dues they collect are essential to maintain a community and when owners fail to make payments, the shortfall then must be made up by the rest of the owners via often higher assessments. The situation has played out in states like Nevada, Florida, and other states that in the aftermath of the housing crisis saw large numbers of defaulting home owners on their assessments and led to communities with tight finances.

Community association leaders say that they've been left with no other choice to initiate their own foreclosures on home owners because in some cases the lenders who owned the mortgages on the defaulted homes would not pay the assessments once the owners had moved out. Lenders "dragged their feet on foreclosures for years, delaying the process that would give them legal and financial responsibility" to pay assessments on properties they basically owned, according to the Community Association Institute, which represents 33,000 member associations and managers nationwide.

More state legislatures are granting homeowner associations the right to initiate foreclosures after providing notice to lenders and loan servicers.

However, mortgage lenders say that it comes at the price of their own collateral interests in the homes. For example, the Nevada Supreme Court ruled last fall that the lender's lien can be erased when homeowner associations foreclosure on delinquent units after providing notice and giving lenders the opportunity to pay the delinquent assessments.

2 comments on “Homeowner associations liens cause problems for buyers”