With home prices on the rise in most parts of the country, homeowners are sitting on top of record amounts of home equity. But with most homeowners showing a reluctance to tap into that wealth, Bankrate.com says its latest survey shows plenty of reasons why it might be worth taking out a loan to unlock it. 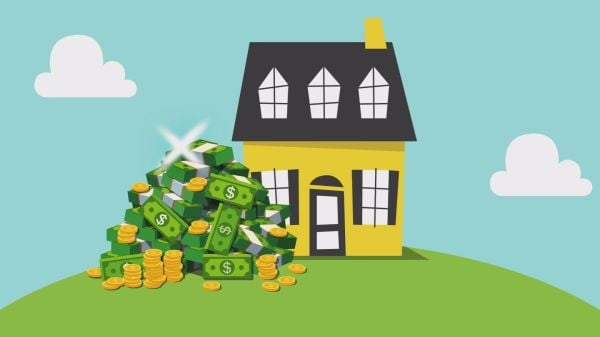 Greg McBride, Bankrate’s chief financial analyst, said in a blog post announcing the survey findings that consumer’s “growing penchant toward debt might make it tempting to tap into their home’s value”.

McBride reckons that almost three quarters of homeowners say that home improvements and repairs are a good reason to tap into home equity.

Other reasons cited by survey respondents include being able to consolidate their debts, cited by (44 percent of respondents), pay for tuition or other educational expenses (31 percent), keep up with household bills (15 percent) and make other investments (12 percent).

In addition, 9 percent of respondents said tapping into home equity could be a good way to finance large purchases such as appliances and furniture for their homes.

Bankrate’ survey found that homeowners on lower incomes were more likely to say it’s okay to tap into their home equity to meet ordinary expenses. Millennials meanwhile, showed more willingness than older generations to do so. Some 22 percent of people in that demographic said that borrowing from home equity to pay their household bills is a good option, compared to just 12 percent in other age groups.

Many households may be overstretched financially, which could heighten the temptation to borrow. Forty-four percent of Americans say they could not cover a $400 emergency expense out of pocket, according to a recent Federal Reserve report.

“With the sorry state of emergency savings and increasing levels of consumer debt in a rising interest rate environment, it’s a matter of ‘when’ not ‘if’ more homeowners turn to home equity to fund home improvements and repairs, or consolidate debt,” McBride said.

Using equity to pay for home improvements that increase the value of your home can help rebuild any of the equity taken out, McBride insisted. The new tax law, that went into effect this year also allows homeowners to deduct the interest they pay on home equity loans and home equity lines of credit if the proceeds are used to finance improvements that add significant home value.

Despite the apparent advantages of tapping into home equity that Bankrate proposes, the vast majority of homeowners still refuse to entertain the idea. A report published this summer by Black Knight revealed that consumers borrowed against just 1.17 percent of all the equity held in their homes in the first quarter of this year, even though the amount of tappable equity has risen by seven percent in the same period.

Given that companies like Bankrate stand to benefit from people taking out loans against their home equity, it’s natural for consumers to question the so-called benefits they propose.

Perhaps, just perhaps, some homeowners are more interested in paying off their mortgages so they can be entirely debt free for a change?