Housing affordability is a growing problem

Home prices in the U.S. surpassed their pre-recession peak in 2016, according to the latest State of the Nation’s Housing report, which was published on Friday by the Joint Center for Housing Studies of Harvard University. That might be good news for homeowners, but for those who're yet to buy a property, rising prices could make it even harder for them to achieve their dreams of owning a home. 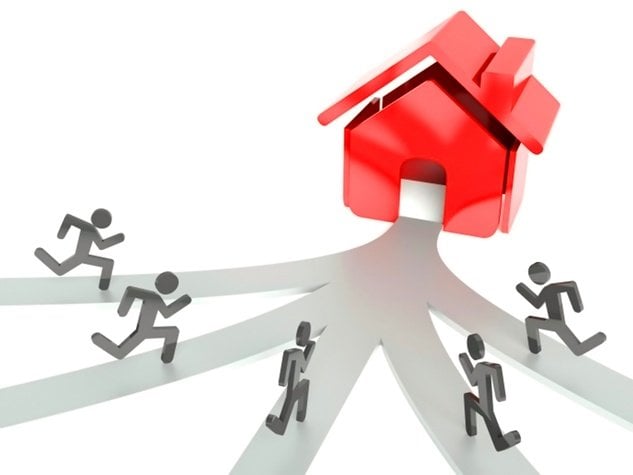 The report states that tight inventories of for-sale homes are contributing to higher housing costs. As a result, concerns over housing affordability are rising. Almost 19 million U.S. households spent over half their income on housing in 2015, the most recent year for which data is available, the report noted.

“While the recovery in home prices reflect a welcome pickup in demand, it is also being driven by very tight supply,” said Chris Herbert, JCHS’s managing director.

Herbert reckons that although housing construction has been growing over the last seven years, we still saw less new homes being built in the last decade than in any other 10-year period since the 1970s. He added that the rebound in single-family home construction has been much weaker than in other categories.

“Any excess housing that may have been built during the boom years has been absorbed, and a stronger supply response is going to be needed to keep pace with demand—particularly for moderately priced homes,” Herbert explained.

The report found that on average, just 45 percent of metro area renters can afford the monthly payments to buy a median-priced home in their cities. But that share fell to less than 25 percent in certain high-cost metro areas, such as the Pacific Coast, Florida and the Northeast.

The future of homeownership in the U.S. therefore depends on the government and lenders broadening access to mortgage financing, the report continues. Currently, access to financing is "too restricted," with only those with the best credit ratings being considered.

However there is one positive sign: people's incomes are growing, the report found. This has helped to reduce the number of households in the country that pay more than 30 percent of their income on housing, which experts use as a benchmark to assess affordability. The number of households with housing cost burdens still remains higher today than at the start of the decade, and most of the improvement has been centered on the owning side rather than renting.

“The problem is most acute for renters,” Herbert said. “More than 11 million renter households paid more than half their incomes for housing in 2015, leaving little room to pay for life’s other necessities.”

Rental costs continue to outrun inflation in many markets. Rents did show signs of slowing in a few large metros, such as San Francisco and New York. But demand remains high and new supply is mostly centered on the high end and does not cater to the low- and moderate-income households, the report notes.

Authors of the JCHS report say they expect rental housing and entry-level homeownership to surge over the next decade as the millennial generation moves into their late 20s and early 30s.

“These young households will propel demand for a broad range of housing in cities, suburbs, and beyond,” the report notes. “The baby-boom generation will also continue to play a strong role in housing markets, driving up investment in both existing and new homes to meet their changing needs as they age.”