If you think investors are charging the housing recovery, you ain't seen nothing yet.

Investors, hand picking individual properties, working in groups, buying in bulk and smacking down all-cash deals like they won the Mega Millions Lottery, snatched up properties last year at an astounding pace, 64.5 percent greater in 2011 than 2010, according to the National Association of Realtors (NAR). 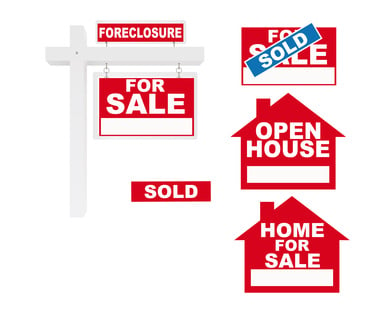 "During the past year, investors have been swooping into the market to take advantage of bargain home prices. Rising rental income easily beat cash sitting in banks as an added inducement. In addition, 41 percent of investment buyers purchased more than one property" said NAR Chief Economist Lawrence Yun.

They are also banking on low interest rates that could move to 5 percent before the year is out, according to some forecasts.

NAR said business is so brisk the feds should back off their "Real Estate Owned (REO) Initiative (ROI)" and let the market heal itself.

"Small-time investors are helping the market heal since REO (bank real estate owned) inventory is not lingering for an extended period. Any government program to sell REO inventory in bulk to large institutional companies should be limited to small geographic areas. Even where alternatives are needed, it’s best to rely on the expertise of local businesses, nonprofit organizations and government," Yun advised.

All-cash purchases were de rigueur in the investment market during recent years: 49 percent of investment buyers paid cash in 2011. Also, half of all investment home purchases in 2011 were distressed homes.

"Clearly we're looking at investors with financial resources who see real estate as a good investment and who aren't hesitant to use cash," Yun said.

Investment buyers who had to finance their purchase with a mortgage in 2011 came up with a median 27 percent down payment.

• Investment-home buyers in 2011 had a median age of 50, earned $86,100 and bought a home that was relatively close to their primary residence – a median distance of 25 miles. However 30 percent of investment buyers' purchases were more than 100 miles away, as they sought out bargain markets.

"The share of investment buyers who flipped property remained low in 2011, and many of those homes likely were renovated before reselling," Yun said.

Only 5 percent of homes purchased by investors last year have already been resold, up from 2 percent in 2010. The typical investment buyer plans to hold the property for a median of 5 years, down from 10 years for buyers in 2010.

• Rather than a quick flip for profit, the desire for rental income drives most real estate investments. Half of investment buyers said they purchased primarily to generate rental income, and 34 percent wanted to diversify their investments or saw a good investment opportunity.

• Housing for education was another factor. NAR said 14 percent of investment buyers purchased the property for a family member, friend or relative to use. In many cases the home was intended for a son or daughter to use while attending school.

NAR's survey, conducted in March 2012, includes answers from 2,241 usable responses about home purchases during 2011. The survey controlled for age and income, based on information from the larger 2011 NAR Profile of Home Buyers and Sellers, to limit any biases in the characteristics of respondents.