In news from Italy's real estate sector, the European Association for Investors reports institutional investors will boost assets in the space by as much as 10% in the coming three years. This news, comes days after reports Italian bankers may suffer a similar fate to their contemporaries in Spain, where the real estate bubble burst. 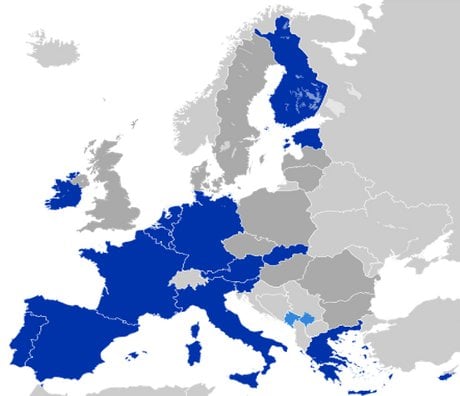 According to a report via CNBC, property prices in Italy have fallen on the order of 16% since 2008, and banks there stand to lose between $11.7 and $84.9 billion plus tens of millions in bad loan impairments. Already Madrid has forced lenders to accept some 137 billion euros in bad real estate loans, and if the trend continues downward, some experts say Italy's bubble will burst as well. While Italy's banks are only in for two thirds what Spain banks are, a market crash would be devastating for the country.

Households in Italy, already suffering from severe austerity measures, play a vital role in the overall health of the Italian economy. This is particularly true for the real estate market where families and their incomes fuel the property market. As the Italian family goes, so goes investor confidence and money.

Fears that Eurozone bailouts for Greece, Ireland, Spain, and potentially others may impact Italy's markets have to be considered valid here. Meanwhile companies there jockey for financial and business solutions to their debts. Automaker Fiat to the thermo-electric power plants of Finmeccanica's AnsaldoEnergia, business in Italy may not be on the ropes, but it is struggling.

As one indicator of how volatile European economics has become, as I write this Reuters has reported Spain and Italy bond yields at their lowest levels in 6 months. On the news from the EU Summit hit concerning bank watchdog activities. Meanwhile, other news of several UK banks having mis-sold Italian derivatives earlier this month have not helped investor perception either. Add to this Italy's  Monte Paschi being valued as "junk" and the country has legitimate fears of sliding into forfeiture too.

Finally, in some ways Italy actually has a higher hurdle to jump over in order to become solvent. For one thing, even Spain has less debt burden than Italy does. The latter will need to almost double the budget surplus of Spain in the coming months and years in order to hit black ink. Bloomberg reported on what chance each country and the EU has overall for "solvency" given current conditions. Given all these factors, it's pretty easy to get a grim outlook for the EU surviving at all. Spain simply may not be able to cut any more expenditures, and Italy's real estate and other industry debt may be impossible to hurdle. If Italy joins Spain...

We will keep you updated on events from the EU.