Residents of Jersey City, N.J., are complaining of "harassment" by real estate agents who're constantly making unsolicited inquiries about whether they want to sell their home or not. As a result, the city has come up with something called a "No Knock" registry to ward off real estate agents from trying their luck. 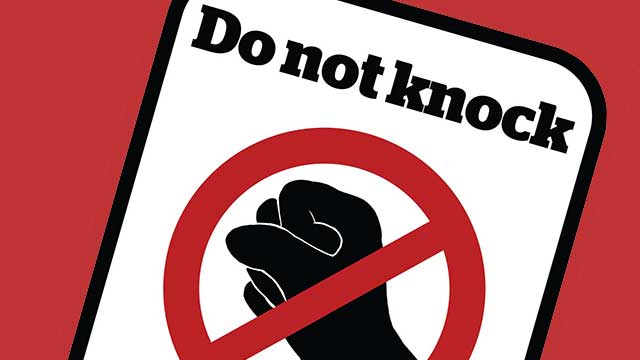 The Jersey City Council recently implemented what it calls an antisolicitation program called the "No Knock" registry. Residents who take part in the program will receive "No Knock" decals to put on their front doors, and any real estate professionals who violate these will be fined up to $2,000, in addition to being sentenced to 90 days of community service.

It's not really surprising to see Jersey City homeowners are getting so many offers when one looks at the local real estate market and its demographics. The city's population grew by almost 6.7 percent between 2010 and 2015, which means the demand for housing has also soared. In turn, that's pushed up median home prices by 17 percent in the last six years, to $305,000 as of 2016.

Rising values are good for homeowners but the harassment is not. One resident, Assunta Folcarelli, who's owned her home in Jersey City for 35 years, told the Wall Street Journal she started receiving unsolicited calls from real estate agents around six years ago.

“They keep on calling up, they want my house. I say, ‘Wait a minute, where am I going to go?” she said.

Other New Jersey towns, such as Jackson and Toms River, also have established “No Knock” registries.