By Mike Wheatley | May 2, 2017
TwitterFacebookLinkedIn2Buffer2PinterestCopyReddit
4
SHARES

The NAR has just published its latest realtor's Confidence Index for March 2017. The report highlights some of the biggest roadblocks in the way of closing real estate transaction, though it also shows that Realtors are generally optimistic about real estate in general. 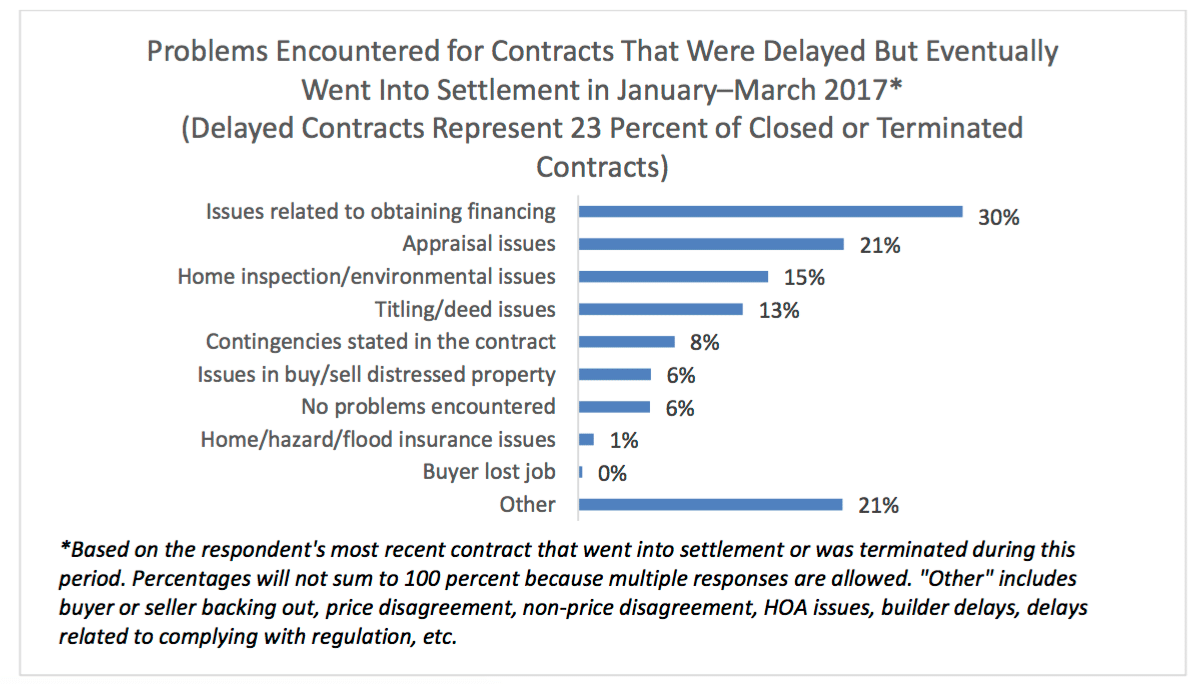 During March, 23 percent of real estate professionals surveyed by the NAR said they experienced delays in closing a transaction. Moreover, seven percent say that had at least one deal that was terminated altogether. The most common reason for delays was client's facing difficulties in obtaining finance, while appraisal issues were also cited as a common reason in the study of 2,500 realtors nationwide.

Still, even though the challenge of obtaining finance remains the biggest roadblock to closing, fewer real estate professionals are citing this as an issue today than in previous surveys. According to the report, this decline might reflect an "improvement in the economic environment, better credit histories from borrowers, and improvement in the loan evaluation processes of mortgage originations".

Instead, appraisal issues are becoming more common. Real estate professionals cite multiple problems, including a shortage of qualified appraisers, valuations that fall short of market conditions, and so-called "out of town" appraisers who're not familiar with local market conditions and may therefore make mistakes.

The problem with appraisers is becoming so pronounced that 55 percent of mortgage originators interviewed in a separate survey said they had experienced difficulty with appraisals.