New housing starts on the up

Housing inventories across the country could soon come under relief, with builders at last moving to meet the pent up demand in many markets. New statistics from the Commerce Department reveal nationwide housing starts are up by almost 31 percent year-on-year. 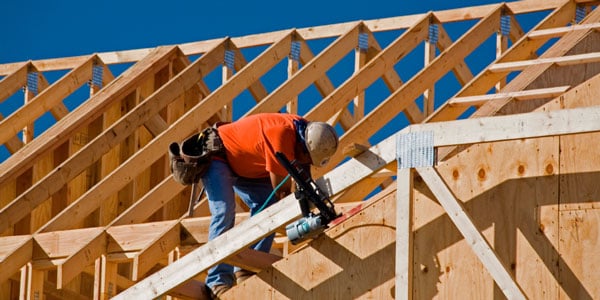 Last month, housing starts rose by 5.2 percent compared to the month before, with single-family home production rising by 7.2 percent month-over-month to 822,000 new homes. That puts housing starts at its highest level since November 2007.

“It means that home builders are responding to the demand out there,” said Jonathan Smoke, chief economist at realtor.com. “We don’t have enough supply of homes to keep up with the increase among a growing number of buyers entering the market.”

Even better news is that increased home starts are the norm in most parts of the country, with the only exception being the Northeast. In the West, new home starts climbed by a massive 26.6 percent, while in the Midwest new home starts rose by 19.9 percent compared to one month ago. The South saw a 7.1 percent rise, while the Northeast saw new home starts decline by 51.3 percent for the last month.

“February's single-family gains indicate that this sector is strengthening in line with our forecast," added David Crowe, chief economist of the National Association of Home Builders. "As the U.S. economy firms, job creation continues and mortgage interest rates remain low, we should see further growth in housing production moving forward."

Despite this optimism, it should be noted that the number of new permits granted – which is an indicator of future building – did decline in the last month, signaling at least a temporary slowdown.

The Northeast is likely to see a turnaround however, as new permits rose by 40.4 percent in February.