A new initiative is being proposed which would limit the amount that Arizona property owners can be made to pay in property taxes.
The proposed initiative, which is being called Prop 13 Arizona, would take property assessments of homes and businesses back to 2003 levels.

This was before speculators helped drive prices up, which in turn forced up assessments for the rest of the neighborhoods. Under the initiative anyone buying property now would be assessed on the current purchase price, and any future increases would be limited to less no more than 2% per year.

Local governments would also be prevented from increasing the tax rate to try to make up the difference, as this is the figure that, when multiplied by the assessed value, gives the actual rate of taxes. Residential taxes would be limited at no more than 0.5% of the property’s value. Tax on commercial, agricultural and industrial property would be limited to 1% of their 2003 values.

The campaign is being chaired by Lynne Weaver, and it’s her third attempt to put this issue on the ballot. Previous attempts failed due to a lack of signatures. She calls the current levy “The meanest and cruellest tax.” 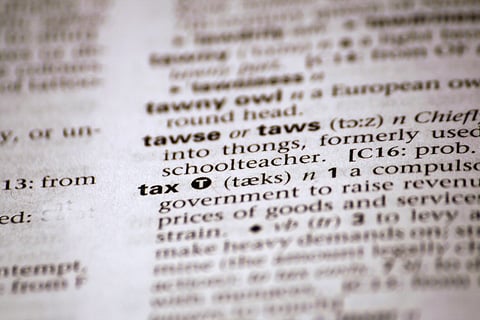 "The meanest and cruellest tax" Courtesy of alancleaver_2000

According to her, this attempt will be different as she will have the necessary funds available up front to get the 259,213 signatures she needs by 5th July 2012. In order to complete this task she is forming a tax exempt organization to collect donations to finance the campaign. These donations will not have to be publically disclosed, and she feels this will enable far more people to make donations who might previously have been afraid of retaliations.

Lynne Weaver doesn’t intend to begin collecting signatures until she has all the necessary funds in the bank. She has also added a new proviso that would allow home owners whose home values have dropped below the price they paid for them to petition to have its taxable value reduced to the lower value.

5 comments on “New Initiative May Limit Property Taxes in Arizona”