We’ll see autonomous vehicle technology expand its reach. AI systems will be more fully utilized for sensing and decision making in self-driving. They’ll also begin to transform the driver’s experience inside the car. For example, the car will have the ability to recognize who you are, check your calendar and suggest a route. This revolutionary AI technology will also move beyond passenger cars into other types of vehicles for industrial and commercial use, including trucks, tractors, industrial robotics and even retail environments.– Danny Shapiro, Senior Director of Automotive 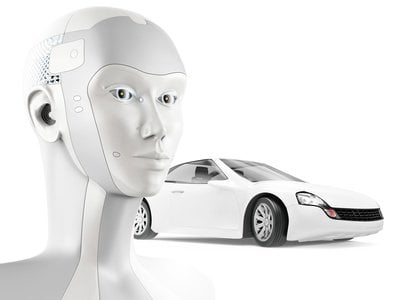 In 2017, intelligence will trump speed.  Over the last several decades, nations have competed on speed, intent to build the world’s fastest supercomputer.  In 2017, the race will shift.  Nations will compete on who has the smartest supercomputer, not just the fastest.– Ian Buck, Vice President, Accelerated Computing

This will be the first year in which AI-generated art will achieve commercial success. An artist will use an AI-created element, like a song melody, in a piece of work that achieves mainstream recognition.– Bryan Catanzaro, VP, Applied Deep Learning Research

To address the AI talent gap and to better prepare society from top to bottom for the new AI economy, academia and industry will come together to quadruple the number of free educational opportunities available to the public.– Michael Houston, Principal Engineer, Deep Computing

In 2017, we’ll see more AI move from the cloud to the edge.  That is, we’ll see AI computing capability expand to the billions of devices that collect data in the field, rather than residing only on datacenter servers.  This is important for applications where large amounts of data need to be processed in real-time, and where bandwidth and latency can be a challenge. Examples range from intelligent security systems that can identify potential dangers to keep our cities safer, to industrial robotics where predictive analytics can optimize manufacturing production.– Deepu Talla, VP and GM, Tegra

NVIDIA is increasingly known as “the AI computing company,