Americans would most like to be neighbors with the Obamas in 2017, according to the 10th annual Zillow Celebrity Neighbor Survey. Popstar Justin Bieber was selected as the least desirable neighbor, earning the most "worst neighbor" votes in survey history, breaking his own record from 2014. 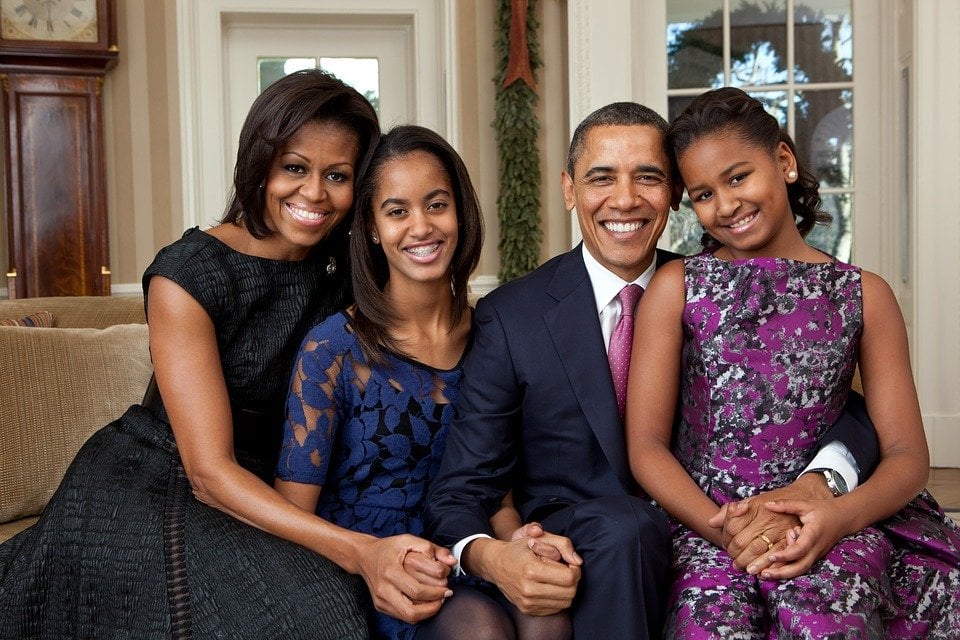 The annual Zillow survey asks U.S. adults which celebrities they would most like to have as a neighbor, and with whom they wouldn't want to share a fence.

Most Desirable Neighbors in 2017

The Obama family is the top choice for a celebrity neighbor in 2017, earning 14 percent of surveyed adults' votes. The family received a lot of attention for their decision to remain in Washington, D.C. post-White House, which likely contributed to their high ranking on the list. The family garnered strong votes among both male and female voters, and across generations.

Actor and former professional wrestler Dwayne Johnson was a close second with 13 percent of the votes. Johnson is known for his collection of mega mansions, and has sold at least 10 homes in Florida alone over the past decade. Chip and Joanna Gaines of HGTV®'s television show "Fixer Upper" came in third with 8 percent, followed by Ellen DeGeneres and Portia de Rossi (7 percent).

Twenty-eight percent of surveyed adults said they would not want to live next to any of the celebrities listed in the poll. 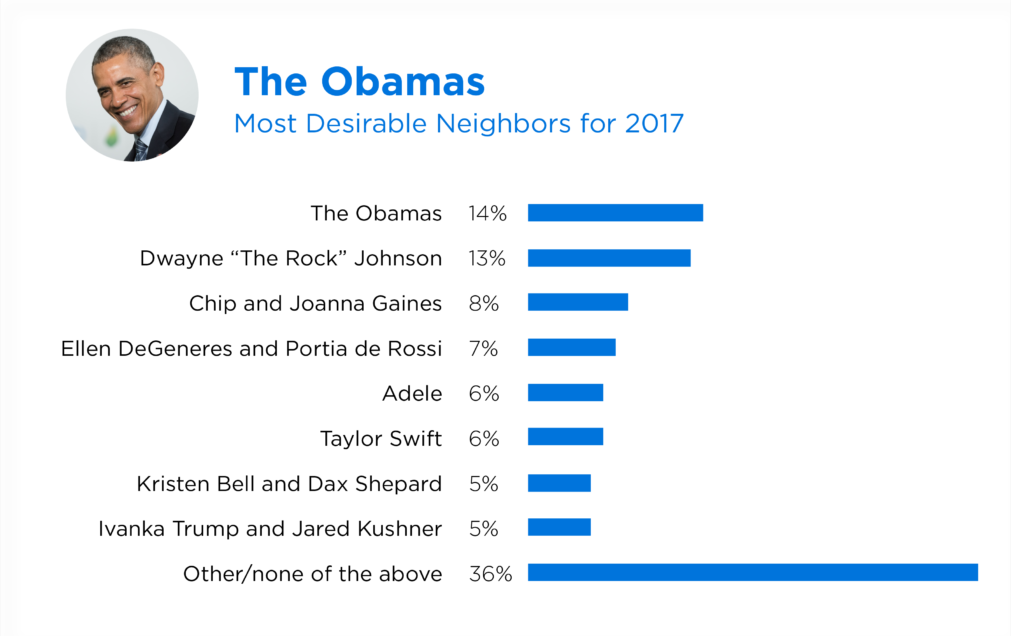 Justin Bieber topped the list of worst neighbors for the second time, earning the highest percentage of votes in survey history. One in three (36 percent) found Bieber to be the most undesirable neighbor of 2016, a two percentage point increase from his previous win in 2014. Bieber was especially disliked among male voters (39 percent).

"There was a lot of excitement around the fact that the Obamas chose to stay in D.C. after living in the White House – a first for a former president since Woodrow Wilson," said Jeremy Wacksman, Zillow chief marketing officer. "Maybe it's the additional neighborhood security or the possibility of running into other influential and famous people, but it's clear people are intrigued by the idea of living next to the First Family. On the other hand, Justin Bieber continues to stir up trouble everywhere he goes and would likely be an unpredictable neighbor." 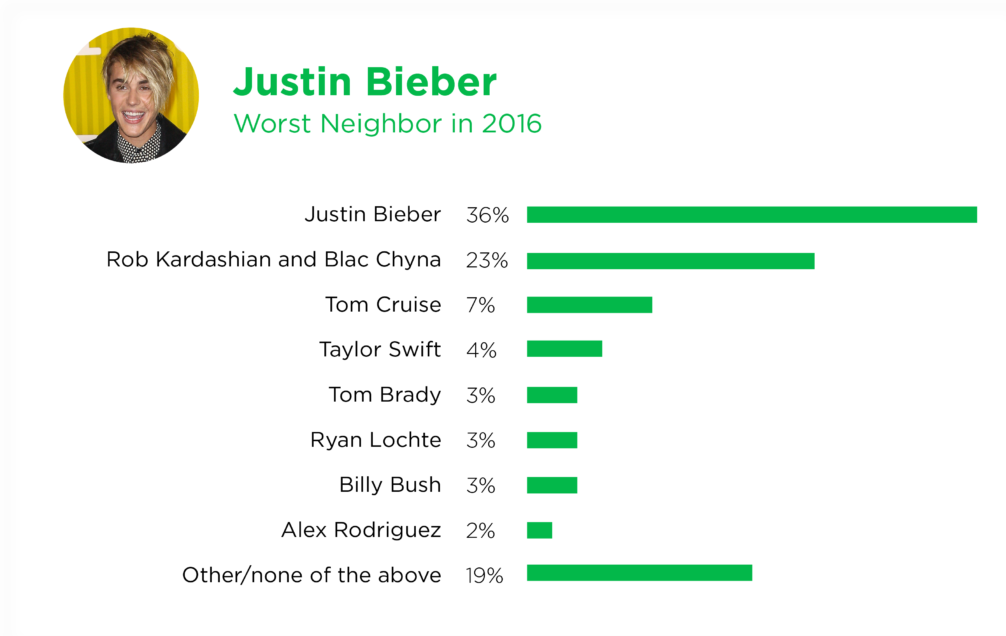