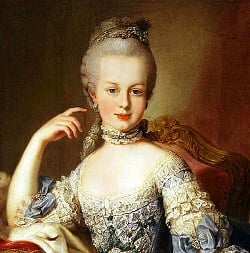 Now if you ever thought the state of America's housing market hit rock bottom already, think again. News from the Occupy Wall Street movement, specifically the Oakland contingent, does little to cast a shadow of hope. According to the news from Reuters, protesters ousted from public spaces by riot police, have now set up camp on private property foreclosed upon. Now here is a picture of America not many dream about.

Just as police destroyed the last foothold of protester occupation of public property, it appears the Occupy Oakland movement found a friendly ally in a local resident whose property is about to be foreclosed upon. Though Gloria Cobb has not confirmed she authorized protesters to stay on her land, it seems clear too, she has not demanded police have them removed. As one might expect, protest organizers say the "Occupy" activists will now stay on Cobb's property until forced to leave, as a show of support. Also, other properties appear to have been targeted for similar tactics.

Meanwhile, the Wall Street Journal (ironically) reports that Occupy protests have so far cost local taxpayers over $13 million in police overtime. Now there's a "bean counter's" approach to tabulating turmoil - "the cost of desperate people in America is costing Americans!" I say:

"...let those homeless people, the downcast, eat some cake!"

Okay, France's Queen Marie Antoinette, probably did not actually utter the statement about starving peasants, but it is sure the sentiment has been around for centuries. And in the case of France under Marie's husband Louis XVI, the phrase symbolizes the extreem selfishness of the upper class of the time (and this time too). Soon thereafter the utterance's supposed rise, the French Revolution saw she, and her husband Louis, imprisoned and then beheaded. There is no record in history, but it seems logical that the most powerful financial newspapermen of the time (Maybe The La Defense District Journal?) may have been decapitated along with the rest of the upper-crust "traitors" - for it was treason the monarchs were convicted of.

Tongue in cheek humor aside, it seems almost inconceivable that such a state of affairs now threatens America at all. Not five years ago, the sky seemed to be the limit, if anyone can remember. So much for Thanksgiving for millions. Not that it matters to anyone on Wall Street, let alone Oakland city hall, not only were the French monarchs imprisoned and beheaded, but they are among the most hated of subjects in all of France. Talk about a legacy of evil. But then, not everyone at the WSJ is so inclined, some may survive any upheaval 🙂 ThisPDF, supplied via a story by Mary Pilon, bears an eerie resemblance to today's situation. Or at least for me. Happy Thanksgiving cannot happen without a full measure of what we should be thankful for.

More later on the reality beneath the facade. There's still people out there saying real estate is recovering.