The $195 million Palazzo di Amore, a 25-acre Beverly Hills estate with its own vineyard that set the record for the nation's priciest listing last year, has come back on the market with a $46 million price cut. Even so, the now-$149 million property is still the most expensive finished home listed in the U.S., according to CNBC. 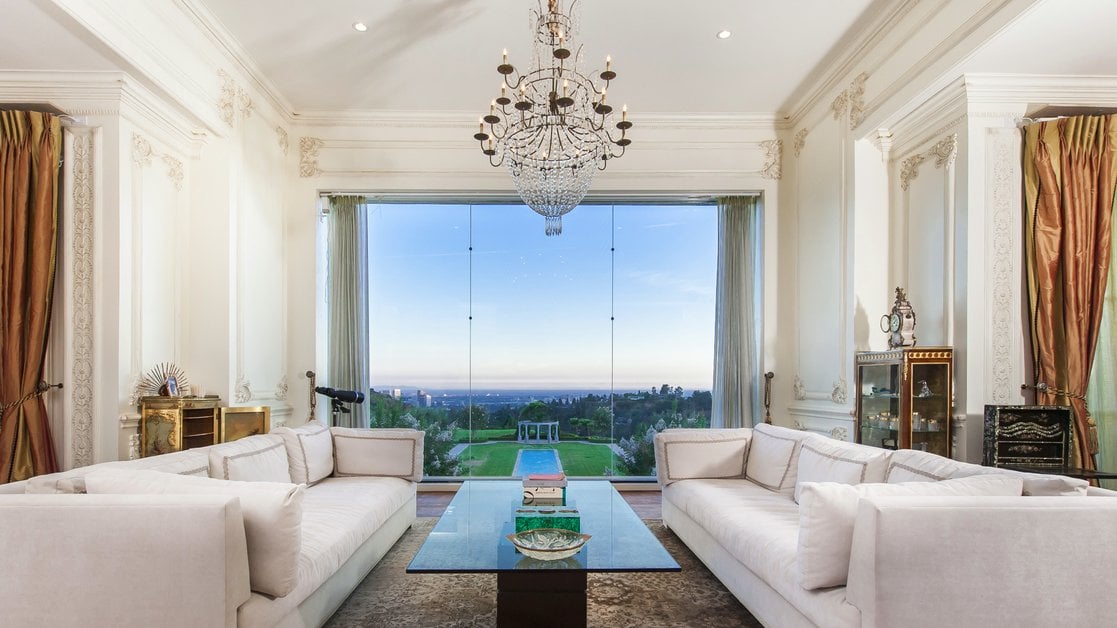 A home under construction in the tony Los Angeles enclave of Bel-Air is listed at $500 million, but it's not likely to be completed until 2017.

Billionaire Jeff Greene, the owner of the Palazzo di Amore, has made more than $1 million in improvements to the home since it was originally listed, including adding a new entry gate and guard station.

"Palazzo di Amore represents eight years of hard work," says Greene, who now lives in Florida. "When we originally put it on the market, we were prepared to see what the response would be. Now we are very motivated to sell. I have toured many of the world's top estates, and there is nothing quite like it anywhere."

The Palazzo di Amore has about 53,000 square feet of living space, including 21 bedrooms and 23 bathrooms. It boasts a 15,000-square-foot entertainment center complete with a ballroom and a revolving turntable-style dance floor with laser-light system. It also has a 50-seat private screening room and its own bowling alley and vineyard. The estate provides garage parking for up to 27 cars.