In news from the commercial sector, Denver based ProLogis, and AMB Property Corporation of S.F. announced on Wednesday their merger negotiations. These two publicly traded companies are the two largest players within the warehousing and distribution center realm. The potential union would reveal a combined entity worth some $15 billion according to the reports.

Under consideration is the  combining in an all-stock, at-market transaction reliant upon trading prices of both companies' stock. In the release from the ProLogis website, it is apparent that no further elaboration will be forthcoming until the companies have come to a mutual decision, or negotiations have been discontinued. 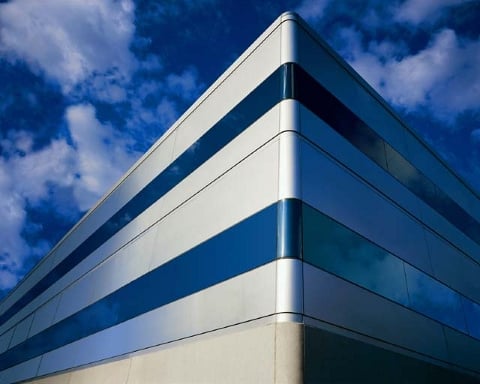 ProLogis is the leading provider of distribution facilities and industrial space with more than 435 million square feet under their banner. For AMB's part, their nearly 160 million square feet, and their global reach will add significantly to the emerging company's reach.

Neither Hamid R. Moghadam, CEO of AMB, nor ProLogis' head Walter C. Rakowich have made comment. As for the International impact of this potential merger, Takashi Ishizawa, a real estate analyst at Mizuho Securities Co. in Tokyo, told Bloomberg:

“In the U.S., the warehouse industry is the biggest in terms of space and most important sector for property investment. The merger is positive for the companies to increase their competitiveness and promote expansion.”

ProLogis for one was hard hit by the financial crisis. The company has an international presence of massive scope with a presence in 105 markets in 19 countries. The company reported five consecutive quarters of losses since the recession struck as the demand for distribution spaces waned.

AMB suffered a similar fate obviously, and now many experts feel this merger is a cost cutting effort as much as a strategic positive forward event. By closing offices that will be redundant, and cutting some staff, the two commercial behemoths can obviously safe tens, if not hundreds of millions joining forces.

Meanwhile, Ilaina Jonas of Reuters reports that this "supposed" merger of equals may actually be a buyout by the smaller AMB. While ProLogis is the larger of the two, that company's near collapse in 2008 because of massive debt is a factor to be considered. For the last two years Rakowich's company has been selling off properties and refinancing debt. The weaker balance sheet of ProLogis actually tells the tale of these talks in all likelihood.

At the close of trading yesterday, both stocks showed significant change and activity with ProLogis up almost 8 % at 15.87,  and AMB finishing at plus more than 3.5 % at 34.01. However we consider this merger, it's clear it makes sense from a practical standpoint at the very least. Sustainablity, something both companies adhere to in their dogma, demands efficiency. Having redundancy where none is needed is poor logistics after all. We will follow this merger and report as news arrives.

2 comments on “ProLogis AMB Merger Solves A Wealth of Problems”