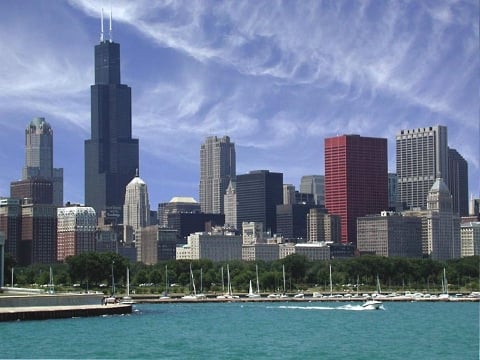 “Relatively low levels of inventory certainly weighed on the housing market, both nationally and in the Chicago area in 2017,” said Chris Calomino, spokesperson for the RE/MAX Northern Illinois regional network. “Even so, the metro Chicago market generally performed nicely, with prices rising at a sustainable pace. The average market time for all homes sold in 2017 was just 80 days, eight days less than the prior year, indicating that competitively priced properties were snapped up quickly.”

He also noted that “the inventory issue is most pronounced among single-family detached homes, where it was down 10.3 percent at the end of 2017, while the inventory of attached homes was lower by just 0.6 percent.”

The home sales data used for the RE/MAX analysis is collected by MRED, the regional multiple listing service. It covers detached and attached homes in the Illinois counties of Cook, DuPage, Kane, Kendall, Lake, McHenry, and Will. Detached homes are typically stand-alone single-family dwellings. Attached homes include condominium and cooperative apartments along with townhouses.

Unit sales rose in six of the seven metro counties and in Chicago during 2017, with increases ranging from 3.8 percent in Kendall to 0.5 percent in DuPage. Lake registered a decline of 1.1 percent.

The median sales price was up in all seven counties and Chicago. The largest increase was 9.1 percent in Lake, while Cook and the City of Chicago tied for the smallest increase at 4.8 percent.

Homes were selling fastest in Kendall, where the average market time was 63 days.

More attached homes sold in every county but Lake, which incurred a minimal decline of 0.7 percent. The largest increases were 17.7 percent in McHenry and 10.4 percent in Will. The median sales price rose in all seven counties, topped by gains of 8.6 percent in Will and 8.4 percent in Kendall.
Cook County, which dominates the attached-home market, saw sales rise 2.2 percent to 29,271 units, and the median sales price gained 4.2 percent to $237,500. In Chicago, which is part of Cook County, sales of attached homes climbed 2.2 percent, while the median price rose 3.2 percent to $320,000.
Average market time was as low as 38 days in Kendall and no higher than 66 days, which was the average in both Lake and McHenry.

DETACHED HOMES
Unit sales of detached homes varied only slightly from 2016 levels. In the seven-county metro area, sales were up 1.2 percent for the year, and the median sales price rose to $255,000, a gain of 6.25 percent. Average market time was 90 days, seven days less than in 2016.
Sales rose in three counties, gaining 0.6 percent in Cook, 1.9 percent in Kane and 1.8 percent in Kendall, and were unchanged in Will. Chicago sales gained 2.1 percent. Small sales declines of 0.5 percent in McHenry, 0.6 percent in DuPage and 1.2 percent in Lake rounded out the picture of a stable market.

The median sales price for detached homes was up in all seven counties and in Chicago, topped by an increase of 8.5 percent in Lake, while Will had the smallest gain at 4.7 percent.

RE/MAX agents consistently rank among the most productive in the industry. In 2017, RE/MAX Northern Illinois agents averaged XX transaction sides.

RE/MAX has been the leader in the northern Illinois real estate market since 1989 and is continually growing. The RE/MAX Northern Illinois network, with headquarters in Elgin, Ill., consists of more than 2,250 sales associates and 105 independently owned and operated RE/MAX offices that provide a full range of residential and commercial brokerage services. Its mobile real estate app, available for download at http://www.illinoisproperty.com, provides comprehensive information about residential and commercial property for sale in the region. The northern Illinois network is part of RE/MAX, a global real estate organization with 115,000+ sales associates in 100+ nations.