Redfin: Home Prices Jumped in February as Sales Were Constrained by a Double-Digit Inventory Dip

Home sales gained a modest 1.8 percent, constrained by a continuing inventory shortage. The number of homes for sale fell 12.9 percent year over year in February, the third month in a row that inventory declined by double digits. Housing affordability pressures are increasing, especially for first-time buyers, amidst continuously increasing prices and the Federal Reserve’s recent announcement of an interest rate hike. However, rising prices may lead more homeowners to list their homes this spring. 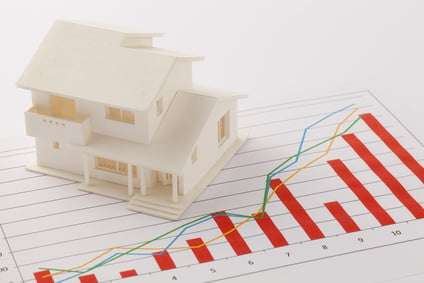 “The total level of home equity reached a new peak at the close of 2016, according to recent Fed data,” said Redfin chief economist Nela Richardson. “While great for homeowners, continuously strong price growth across the U.S. since 2012 has posed significant challenges for first-time buyers, especially given such low supply in affordable price-tiers. There is a silver lining on the horizon, however. Rising prices and increased equity may tip the scales for homeowners who have been delaying their decision to move up, which could add much-needed starter-home inventory to the market.”

Despite affordability concerns and low inventory, February still proved to be a strong month for buyer demand. Market speed increased again, making for the fastest February Redfin recorded since 2010. The typical home that sold last month went under contract in 60 days, eight days faster than one year prior. Nearly 15 percent of all homes listed for sale in February were off the market within two weeks, up from 11.7 percent last year.

Sales
17 out of 90 metros saw sales surge by double digits from last year. Charleston, SC led the nation in year-over-year sales growth, up 39.2%, followed by St. Louis, MO, up 30%. Fort Myers, FL rounded out the top three with sales up 25.2% from a year ago.
Albany, NY saw the largest dip in sales since last year, falling 22.5%. Home sales in Portsmouth, NH declined by 22.4% as well.

Inventory
Rochester, NY had the largest decrease in overall inventory, falling 42.4% since last February. Buffalo, NY (-37.8%), Seattle, WA (-35.3%), and Omaha, NE (-34.7%) also saw far fewer homes available on the market than a year ago.
Provo, UT had the highest increase in the number of homes for sale, up 30.7% year over year, followed by Knoxville, TN (21.6%) and New Orleans, LA (16.1%).
To read the full report, complete with data and charts, please visit the following link: https://www.redfin.com/blog/2017/03/home-prices-jumped-in-february-as-sales-were-constrained-by-a-double-digit-inventory-dip.html

About Redfin
Redfin (www.redfin.com) is the next-generation real estate brokerage, combining its own full-service agents with modern technology to redefine real estate in the consumer's favor. Founded by software engineers, Redfin has the country's #1 brokerage website and offers a host of online tools to consumers, including the Redfin Estimate, the automated home-value estimate with the industry's lowest published error rate. Homebuyers and sellers enjoy a full-service, technology-powered experience from Redfin real estate agents, while saving thousands in commissions. Redfin serves more than 80 major metro areas across the U.S. The company has closed more than $40 billion in home sales through 2016.