SEATTLE--(BUSINESS WIRE)-- The Redfin Housing Demand Index increased 15.1 percent to a seasonally adjusted level of 124 in December, according to Redfin (www.redfin.com), the next-generation real estate brokerage. This marks the highest level recorded since January 2013, the first month measured by the Redfin Demand Index.

The Demand Index is based on thousands of Redfin customers requesting home tours and writing offers. A level of 100 represents the historical average for the three-year period from January 2013 to December 2015. 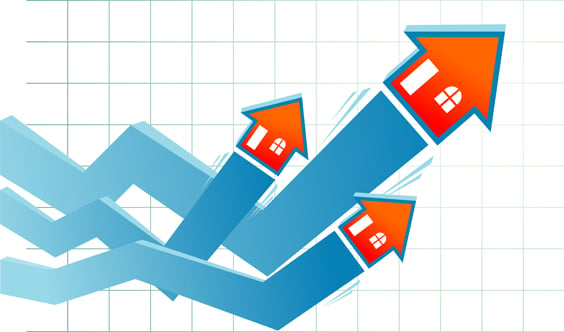 “In general, buyers are attracted to brand-new listings,” said Redfin chief economist Nela Richardson. “In December, we started seeing homes that spent time on the market, perhaps because they were not in the hottest neighborhood or needed renovation, finally get offers. Based on the number of sellers who’ve contacted Redfin this month, we expect a sizeable increase in new listings in the next two months. With new listings on the way and this year’s buyers willing to take a look at older inventory, we anticipate that sales in early 2017 will be strong.”

Among the metros tracked by Demand Index, San Francisco posted the biggest increase in demand compared to 2015, with its Demand Index up 114.1 percent to a level of 102 in December. With three consecutive months of levels just over 100, San Francisco’s homebuyer demand may have normalized after a tumultuous 2015 and an uneven start to 2016.

“In 2015 at this time, we were at a peak in pricing in San Francisco. Buyers were discouraged because they weren’t sure if prices were going to continue to climb or if they were going to fall. Also, a number of tech companies, including Twitter, announced layoffs in the fall of 2015. Buyers were taking a wait-and-see approach. This year, prices are more stable and with interest rates spiking after the election, we have people wanting to jump in the game before rates go higher. The interest rate spike inspired several of my buyers to put more aggressive offers on homes,” said Winnie Lai, Redfin real estate agent in San Francisco.
Los Angeles posted the biggest month-over-month increase in demand, up 38.1 percent in December.

For additional national and local data and analysis, including metro-level charts and insights from real estate agents, please visit: https://www.redfin.com/blog/2017/01/the-redfin-housing-demand-index-reached-a-new-high-in-december.html