Renovation Spend is Up Among First-Time Home Buyers and Millennials, Houzz Survey Finds

By Press Release | May 4, 2017
TwitterFacebookLinkedIn7Buffer1PinterestCopyReddit
8
SHARES

First-time home buyers and Millennials are spending more than ever on home renovation projects, according to the sixth annual Houzz & Home survey of more than 100,000 respondents in the U.S. In one of the largest increases seen this year, renovators who bought their first home in 2016 spent $33,800 on average, 22 percent more than in 2015. Baby Boomers and older generations (55+) continue to spend roughly three times more than Millennial homeowners (25-34), however Millennials invested an average of $26,200 in 2016, seven percent more than they spent in 2015. Investment in home renovation overall remains strong as homeowners spent $60,400 on average on 2016 renovations, in line with 2015 ($59,800 on average). 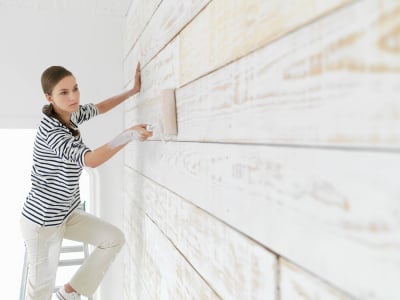 Both first time and repeat buyers are also taking on large scope projects, remodeling nearly four rooms at the same time, on average. Scope is slightly smaller for long-time homeowners,* who average 2.5 rooms during renovation and/or addition projects. Kitchens and bathrooms, which continue to command the lion's share of renovation spend, are significantly more likely to be renovated than any other room of the home.

“Recent homebuyers drive a significant share of home renovations today, with repeat buyers investing twice as much in their home as first-time home buyers,” said Nino Sitchinava, Houzz principal economist. “Younger and cash-constrained first-time buyers are responding to the low inventory of affordable homes by purchasing properties that require more than just cosmetic upgrades. Not surprisingly, we are seeing their spend on home renovations increasing significantly in 2016 and expect this trend to continue through 2017.”

Increase in Credit Card Use
The survey revealed an uptick in credit card use to pay for renovations (23 percent in 2016 versus 21 percent in 2015). First-time buyers are nearly twice as likely to use credit cards than long-term owners (39 percent versus 21 percent, respectively) and three times as likely to rely on gifts (15 percent versus five percent, respectively). However, cash remains king across the board, with 91 percent of homeowners using this payment method for part or all of their project. Loan financing continues to be uncommon, with just 11 percent taking out a secured bank loan to fund their projects. Of those, 71 percent relied on home equity lines of credit.

Recent Homebuyers Motivated to Customize
In 2016, finally having the time and finally having the financial means continue to be the top reasons why homeowners start renovations (37 percent and 36 percent, respectively). Wanting to customize a recently purchased home drives over a quarter of homeowners (27 percent), while just over one in ten is motivated by preparing their home for resale (12 percent).

Across all renovating homeowners, the growing demand for professional help is fueled by a greater need for specialty service providers such as plumbers and painters (48 percent in 2016 versus 44 percent in 2015). In contrast, demand for project managers, full-service providers (e.g., general contractor or design-build), architects and interior designers has remained relatively stable year over year. These services are most popular among repeat home buyers.

The annual Houzz & Home survey is the largest survey of residential remodeling, building and decorating activity published. The survey covers a wide range of renovation projects in 2016, from interior remodels and additions to home systems, exterior upgrades and outdoor projects. Data gathered includes historical and planned spends, professional involvement, motivations and challenges behind building, renovation and decorating projects, as well as planned activities for 2017. The 2017 study includes more than 100,000 respondents in the U.S. alone, providing insights into the home improvement activity of the more than 40 million monthly unique users of the Houzz site and mobile apps.

The Houzz & Home Survey was sent to registered users of Houzz and fielded in February-April 2017. The Farnsworth Group, an independent market research firm, conducted the survey.

The full U.S. report is available at http://info.houzz.com/HH2017.html.

Houzz has over 13 million photos of professionally designed interiors and exteriors, including completed kitchen and bathroom projects, and more than 1.5 million active home remodeling and design professionals including architects, interior designers, general contractors and design-build firms.

*Long-term homeowners refer to those living in their current home for six or more years.

About Houzz
Houzz is the leading platform for home renovation and design, providing people with everything they need to improve their homes from start to finish – online or from a mobile device. From decorating a small room to building a custom home and everything in between, Houzz connects millions of homeowners, home design enthusiasts and home improvement professionals across the country and around the world. With the largest residential design database in the world and a vibrant community empowered by technology, Houzz is the easiest way for people to find inspiration, get advice, find products and hire the professionals they need to help turn their ideas into reality. Headquartered in Palo Alto, Calif., Houzz also has international offices in London, Berlin, Sydney, Moscow and Tokyo. Houzz and the Houzz logo are registered trademarks of Houzz Inc. worldwide. For more information, visit houzz.com.