The Biggest Risks when renovating an Old Home:Why So Many Projects Fail Or Go Over Budget

Renovating an older home is an attractive prospect. You get to maintain the old-world appeal of a classic 19th century farmhouse, or a turn-of-the-century brownstone, while improving the interior and bringing it up to modern standards of living. This can also massively increase the resale value for some homes, as you do get the “best of both worlds” when it comes to having a classic home, and a contemporary interior.

However, renovating an old home can be a dangerous prospect – especially if you have a limited budget. There are many risks that are present when renovating old homes that aren’t a problem when renovating a home that’s been built in the last 30 or 40 years. 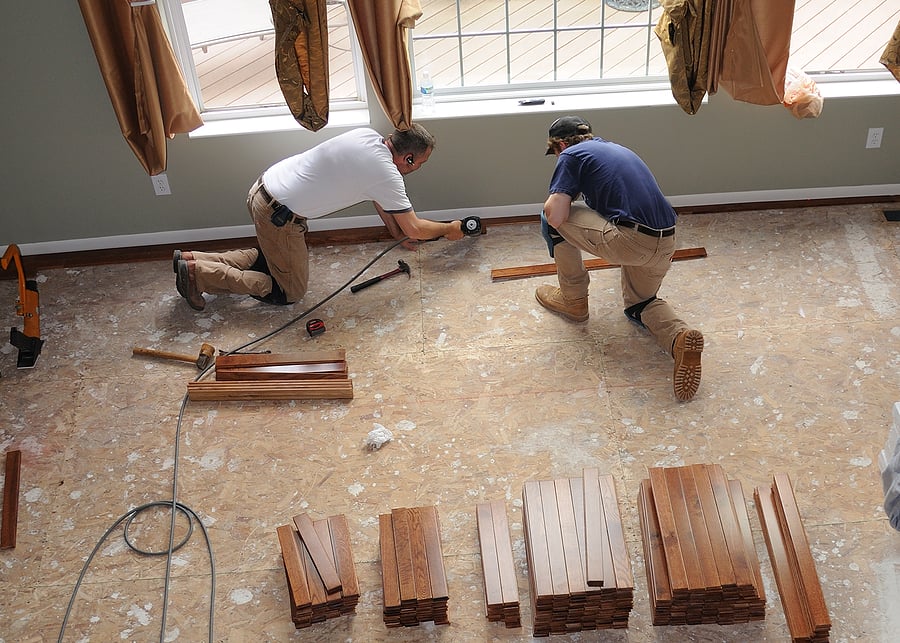 In this article, we’ll go over some of the biggest problems you may run into when trying to renovate an old home – so that whether you’re thinking about a fixer-upper, or considering renovating your current home, you’ll have some more information to help you adjust your expectations (and your budget).

While these may not be applicable to every remodel, plumbing and wiring can be expensive to replace, and commonly must be replaced to bring your house up to code once you start the remodeling process.

Up to the 1960s, many homes were made with galvanized pipes, which corrode over time and can also clog easily – if you discover that your home has outdated pipes, you may need to replace them, which can easily cost over $1000. This is an easier fix, however – since pipes usually are exposed during the process of renovation. Nevertheless, hiring professional plumbers is highly recommended to avoid damaging the plumbing system.

Electrical wiring is also a problem, especially given how strict electrical codes are. You may need to hire electricians like an Emergency Electrician Parramatta to update your electrical panels, change your 2-prong outlets to 3-prong grounded outlets, or even rewire your whole house, in extreme cases. Older wiring may also not be able to provide standard 200-amp service, which is the standard for most new homes for sale. A lot of this depends on the specific appliances that need to be run, but usually electrical wiring is a necessary renovation during a large project, and rewiring an old house can cost upwards of $4000.

If your home is over a couple decades old, there’s a pretty good chance you’ve got some hazardous materials lurking in your walls and pipes. Asbestos was only banned in 1977, and most homes built before 1980 still have either lead pipes, or some level of lead soldering used to join the copper pipes in the home.
Asbestos was commonly used in walls, ducts, flooring, and other areas where insulation was needed – and it’s relatively harmless if it’s left unexposed. However, if you’re tearing down walls and areas where asbestos is, it has to be removed by professionals, which can cost you $200-$700 an hour, as the asbestos dust is extremely damaging to your lungs – the leading cause of mesothelioma.

Beyond piping, lead was also commonplace through the 1970s, and while it’s also fairly harmless when left alone, it will require removal and specialized disposal if surfaces containing lead paint are cut, sandpapered, or otherwise disturbed, and that can get expensive.

When purchasing an older home, it’s not uncommon for previous owners to have attempted some remodels themselves – sometimes with less-than-stellar results. Sometimes, previous contractors have attempted renovations that make no sense for the floor plan, or are shoddy and poorly maintained.

A good example is a contractor who added a kitchen onto a 19th century farmhouse – and didn’t bother pouring any new foundation, instead opting to simply pack down the earth underneath the small kitchen addition, and eschew a true foundation. This led to sinking and cracking issues – and also wasn’t a legal addition, as housing authorities had never been notified about it.

It’s best to get an idea of any additions that have been made, or previous renovations done to an older home when you’re in the market. Often these renovations are just fine, and help modernize the home, but sometimes they can come back to bite you.

So What’s the Takeaway?

If you’re thinking about renovating an old home, don’t panic – everyone who does so has to deal with these same issues, and there are experienced professionals who can help. However, it’s best to still be ready in case of unexpected problems.

The old adage goes that you should have a 15-20% surplus beyond your budget for any home renovation project – we would suggest tacking on a couple extra percentage points there, and being completely prepared for any eventuality that may take place when renovating an old home.

Renovating an old home can be risky, but the results – if you’ve got the time and the money to ensure top quality and deal with any problems along the way – are fantastic.

So if these risks don’t scare you, and you’re ready to take on the challenge of renovating an old home, get out there! The end result will certainly exceed your expectations.