The Pros and Cons of a Bungalow Home

Bungalows can be beautiful charming properties – or they can be the home you had to settle with, although a second story could’ve been wildly welcomed. There are pros and cons to every property – but the usual dilemma is between whether you should be going for a single-story home with a larger yard, or something with several stories and thus more space. 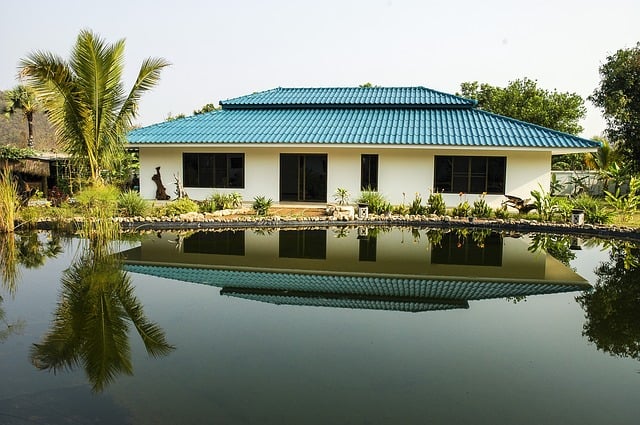 It’s a question that every family member has to ask themselves. The consideration between a bungalow and no bungalow can be dictated by some of the most minor details – can you pet climb stairs? Are you alright with having all your rooms on the same floor? Does your family have discrepancies in sleep schedules – leading to night-time tiptoeing because the kitchen is right beside the bedroom?

If you’re in the market for a home and aren’t sure whether you want a bungalow or something with a couple more floors, have a seat and listen to these considerations:

A bungalow tends to cost less than a storied home of the same relative bedroom size. And as the value of housing will continue to grow considering the halt in construction and transactions according to the Global Property Guide, going for cheap may be a good investment for the future. If you need the cheapest, nicest available option, then the small bungalow will usually cost less than the small two-story home – so if price itself is an issue, then you’re better off going for the charming one-floored option in your neighborhood.

Pro: Bungalows Can Be Much More Private

It’s hard to get trees to grow tall enough to cover the windows of a two-story home – but a bungalow can easily secure itself a luscious barrier between home and road with a few plants and shrubs designed to grow to a few meters in height. Maintaining a botanical border may take some daily work, but even that can be seen as a benefit – a benefit to your health, a benefit to your privacy, and a benefit to the value of your home.

Pro: Modifying a Bungalow Is Much Easier than a Storied House

If you’re the proud owner of your very own bungalow home, then adding onto it will be potentially easier than having to combat the structural integrity of a two-story home. A one-story house can easily be added onto, if you’ve got the plot space.

Because they’re generally cheaper, the market for bungalows will grow in times of economic direness. As people are selling more expensive homes and moving into more budget-friendly homes, a nice little bungalow will suddenly become very attractive. From a design point-of-view, bungalows have remained in architectural fashion for a very, very long time. All-in-all, a bungalow home can be a very good investment. Considering the fact that homes in Malaysia are getting more expensive according to the Khazanah Research Institute, looking for the cheapest option over the most cost-effective one may be a wise decision.

Con: Security May Not Be as Tight

A fairly large and often-quoted con to getting yourself a one-story house is the fact that it’s generally easier to break into the windows of a single-storied home than those of a two-storied home – for the simple fact that there’s generally less climbing involved in the former.

Bedrooms are easily accessible from the ground floor in bungalows, whereas they’re usually harder to reach from the second story – as such, it’s a good idea to invest in some robust security measures to cut the risk of a successful burglary. Having a guard dog is an option, if the landlord permits it – and if you like dogs – otherwise, a modern security system can help you keep an eye on your home and sound an alarm when unwanted guests try to enter from anywhere.

Although a small bungalow found on a reputed site like Property Guru will typically cost less than a two-story home of relative size, bungalows are more expensive on a per-square-meter basis. If you’re looking to get the absolute best bang for your buck, a small two-story home is your best shot – but if you’re simply looking for the cheapest option in your neighborhood, you may find that the bungalow fetches the best price.

A two-story home will usually have private rooms – such as bedrooms, and potentially bathrooms – on the second story, so that guests staying for dinner can spend most of their time in the communal kitchen, living room and dining room areas.