Follow Friday, or #FF for those not yet wired into Twitter yet, is all about finding cool people to follow their feeds. Like Travel Tuesday, and other cliche and catchy hooks, this social media engagement practice can really help your business gain not only followers, but some Klout as well. For this #FF let's look at Tampa Real Estate to see just who is who, and to follow some of them.

Update: Danny Nappi's score has been upped to 6.5 as the dead link to one of his sites was actually a server issue. Thanks for contacting us Danny. 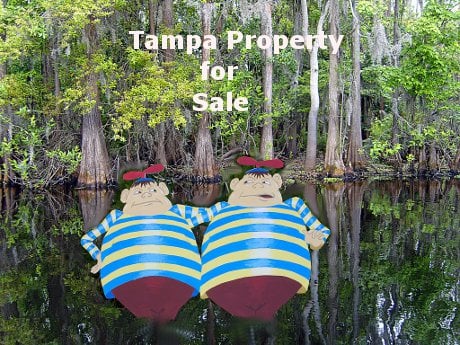 As a method, a simple Twitter search for Tampa Real Estate returns many of the most active agents and brokers in that Florida city. The rundown on each, and our following them, is sketched out below. Just so your real estate #ff turns out fun and productive. Here we go.

Tampa Real Estate - @rmasse10 has over 10,000 followers and talks it up pretty good on Twitter too. Some day to day, a few empty spaces, and not the most beautiful Twitter landing in the world, the company behind the curtain is http://www.findmyfloridahome.net/ - Team Masse, is run by  Robert and Carla Masse. The RealtyBiz Social Score on this feed? 4 of 10 (ask why if you need to)

TampaRealEstate - @TampaRealEstate - This feed shows me a lovely Tampa swimming pool, which makes me want to take the plunge. A respectable 3840 followers, nearly daily tweeting, and a little mix outside "broadcast" level engagement, tends to the very positive until one surfs to TampaHomesOnTheWeb dot com. I won't be brutal there. The NewTampaHomes blogspot is a lot better. RBiz SM Score: 5 of 10

tampa real estate - @tampareal - Nearly 17,000 followers, a few too many followed, and tweets from several years ago show that the owners of now defunct website realestateadvocate.com, may have gone under. RBiz SM Score: 1 of 10 (taps playing in the background)

Tampa Real Estate - @TampaREadvisor - another upside down (more followed than followers) feed, this one shows 3600 plus fans, a stoppage in tweets since January, and only a Facebook profile linked to. The address given is a Century 21 agency next to SuperCuts and the dry cleaners in the strip mall below. RBiz SM Score: 2 of 10 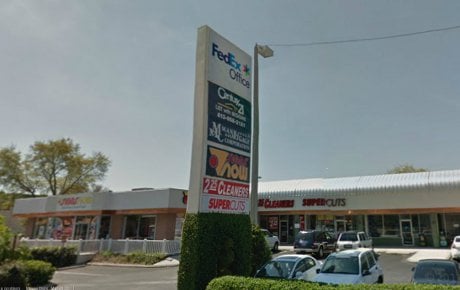 Danni Nappi - @dannyintampa - should have been first on Twitter's search result actually. 25,000 followers, frequent "non-broadcast" tweets, and even a Google + to boot, the owner of Zest Realty does a far better than average job for engaging via the web for his business. The fact his profiles are not interlaced, and that reaching his website is impossible, take his score down however. RBiz SM Score: 6.5 of 10

Roberto Mazzoni - @robertomazzoni - is a "Certified International Property Specialist Realtor and international real estate investor - entrepreneur. Author, journalist and international business expert." With 92,000 plus followers, one can only agree the Clearwater Realtor has something going on.  His blog even ventures so far as to tell readers how Facebook can kill their Realtor Business. First off, Facebook is not a marketing channel Bob. RBiz SM Score: 6 of 10 (Cuz Bob tweets about every ten seconds) 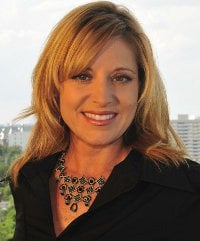 Rae Catanese - @realtyrae - This lady does a nice job of hitting the high spots. 1000 plus followers, a nice informative website, a very credible FB aspect, Rae (pictured at right) seems to be a lot more than just a pretty real estate face - or a pretty SM profile. Keep going Rae. RBiz SM Score: 6 of 10

Jackie Colson-Miller - @RealEstateSizzl - Tweets occasionally, has over 200 followers, and blogs at RealEstateSizzle.com. Jackie claims her blog is one of the top 50 in the US, which I find hard to believe, as it sits at Alexa 4 million something. I won't argue the point, but this and other factors take down this RBiz SM Score: 2 of 10

Wendy Ross - @RealEstateBrew - operated what was a respectable Tampa SM feed, a couple thousand followers get regular tweets (back when). She has a couple of websites, and apparently sells homes via Florida Executive Realty too. The dated Tampa Market Homes dot com site, and the defunct feed, chop down a lady who was one of Tampa's top online names. RBiz SM Score: 1 of 10 (for past efforts)

Desperate to find a super real estate engagement in Tampa, I Google searched several keyphrases, and failing miserably even then, I searched Tampa Real Estate via Google Maps. Voila! Up popopped Smith & Associates. 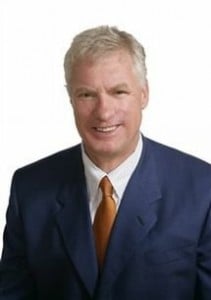 Smith & Associates - @Smith_Associate - Maybe it takes some cash outlay, maybe somebody over at Smith hired or knew somebody in the digital game, but no matter, the company has done a nice job. Everything is integrated, the home site is 97th percentile where US real estate sites go, and the company has even bumped up their YouTube Channel.Okay the Twitter feed is a tad upside down, but maybe they are building? 1800 FB likes and all the links and pistons firing. They're even dabbling in Pinterest, for crying out loud.

S & A gets the best RBiz SM Score: 7 of 10  The company would have been an 8 or 9 if not for the small details. For one, Bob Glaser is nowhere prevalent, the boss always has to be. Aha! I did manage to find him (image left)

There you have it, some of the Tampa - St. Pete area's most "wired" real estate personalities. Of course, we missed some, for sure. But the point really is, why? If you have to ask, it may be time to do some more reading. As for the ones above that we could follow, we did this #FF. Let's all get better acquainted next Friday, what say?