Why Your Agency Better Warm Up to Social Media Marketing

A comment on a post about Wisconsin real estate and digital engagement made it a point to suggest that social media is all about hype, at least where real estate is concerned. Since we are working diligently to create a SM primer for agents, until it is complete, here is some evidence of how to to help your business online. In case you were absent class, social media ROI is no longer and enigma, social media is all ABOUT ROI (left).

Lesson One - Somebody Else Already Did It

There is no more rewarding human trait than our ability to emulate. Whether you like it or not, copying and making better those things you see others do, this is how you get better. Watch Michael Jordan drive past an opponent, stir in your own physical and mental traits, and Voila! You got yourself a "first step" in basketball. By the way, this works in everything. I evidence a New York real estate firm, Corcoran Group.

Mashable, the world's leading technology blog for those who do not know, carried an article two years ago by Erica Swallow entitled "How Real Estate Pros are Using Social Media for Real Results". This was over two years ago, mind you, that's like eons in computer years. For starters, the post reveals how Corcoran has approached social media from a conversion standpoint, as well as from an operational standpoint. "Engagements" like Corcoran's YouTube channel featuring CEO Pam Liebman (at right) answering questions posed on Facebook, for a good instance, shows a forward thinking business group at the very least experimenting with these new communication channels.

The final take on social media at this stage of the game, for big time players like Corcoran especially is - they are still doing it. Granted the cost in time and resource for producing Pam Liebman answering questions posed on SM channels may be prohibitive, but the video below showing Corcoran VP Noble Black, speaks of every agents responsibility to clients, and especially of our "digital business world".  I know you can glean from Black at least two important facts. Leading agencies have already refined their digital engagements - and they are still at work doing it. This is all the "would be" digital real estate agent needs to know, Corcoran is in the news nearly every day.

Now that basic social media networking efficacy is settled, what about conversion rates? ROI, the Holy Grail for business owners who know anything at all about online marketing, any business has a burning need to understand what their dollar buys. And too, this is the most difficult component of social media engagement to capture, validate, and in the end GET. Unlike email marketing and other forms of conversion, using Facebook and the other channels out there is still, largely, in its infancy. At least this is true for companies that cannot afford market analysis analytics out the wazoo.

Now that Mashable article mentioned up there, that was sponsored in a way by Blackberry and their SM tool Gist. Here's an example of how fast the digital space "happens" to companies. While Blackberry reached out with initiatives such as the Mashable "ad" - leads and conversions for what amounts to an inferior product - these cannot be successful. Sure millions still use Blackberry, but unless the company hammers out a better mousetrap soon. Hey, and they are working on it, look at their new tablets. Now, think about your real estate leads, clients, your market, and the client value... are you going to lay down and die, or rationalize, just because you got behind?

Here's where "conversions" get complicated in the online marketing world. The Internet is not some hokus pokus secret magic wand to guarantee your days selling whatever will be shorter. They may in fact be even longer, at least to start with. While some people contend there is no evidence to suggest social media can convert "users" into home buyers, new evidence is emerging. I will say this at this time, social media is nothing more or less than an interactive version of TV at the time soaps came out. Now.

To show how quickly things move in the online and mobile space, an associate and I wrote a piece for Search Engine Journal entitled "Industry Discussion: The True Nature of Social Media ROI" at the beginning of this year. The post was primarily focused on SM as it applies to travel, given that WIHP Hotels' and much of our own focus is in travel. At the time, as you can tell even by the expert celebs we sourced for the article, ROI was a lot more sketchy a short time ago. 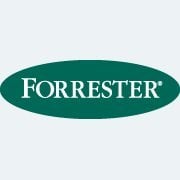 Forward to May, 2012, and this post by Harry Gold at ClickZ shows proof on the way. The real metrics of real estate leads on Facebook and elsewhere are in fact proving out SM's viability, more and more. Socially-referred leads, Socially-referred revenue, and other terms like Media equivalent value - these will be your broker buzz words shortly. Or, your local competitor will have passed you and your new SUV by. I suggest you study Gold's data closely. Also perhaps look into Wildfire Interactive (no they do not sponsor me). Without giving away a bunch of secrets, it seems clear a great many business people read mine or our network's articles and studies assuming we are just opinionated, vested in SM working, or something.

Forrester Research, in their June study on SM ROI (PDF), studies the elements of real social graph import. The image below condenses what Nate Elliott (image above) and his colleagues suggest will help you in:

"...considering the benefits from as many perspectives as possible will help you avoid the narrow metrics that result in ineffective strategies, incomplete measurement, and incorrect business decisions."

Factoring in such aspects as "risk management" (or as our PR firm calls it "crisis reputation management"",  and where we are now - seeing SM maturing into that "soap opera" ad and content channel I mentioned, and the keen observer can gain much. If I were to be blunt here, then I would just suggest business people not be "stupid" about a trend you cannot turn back. You should be asking, "what's next" rather than piping failed ideas and rationalizations of your own existence. Sorry, this is a truth you will come to know, some reading this.

Zappos.com, you may think they are wasting their time and money. Again, emulation may serve your business well. What? You think selling houses is different from selling cars? As a final note, I mentioned WIHP Hotels up there too. It may interest the reader to know that when Martin Soler and I wrote that piece for one of the world's leading search engine publications, measuring hotel ROI on an ad channel was infant. My partner wrote the press release announcing for WIHP hotel owners being "guaranteed" an ROI of no less than 10x on investments via WIHP's DirectPack platform.

Can anyone reading this say "what if"?

So much for "the hype" of social media marketing. Who says comments are insignificant? 🙂