What does gay marriage mean for housing? 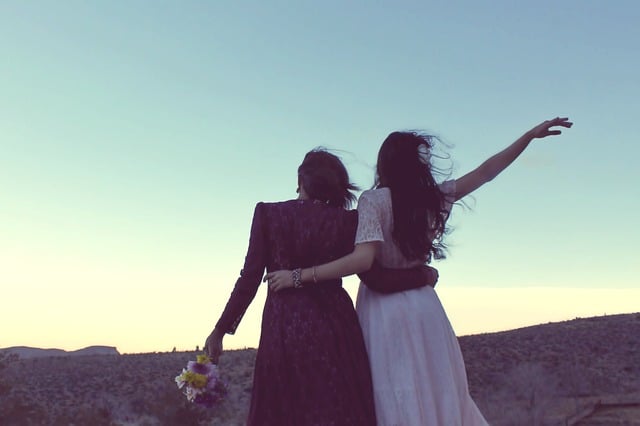 "As with other momentous social landmarks, this progress will trigger key milestones along the path to home ownership," says Sherry Chris, CEO of Better Homes and Gardens Real Estate. The LGBT community is "a powerful market segment that represents an estimated buying power of $840 billion."

With home prices on the rise and mortgage requirements more strict, home buyers may find that two incomes can be better in affording a home.

"There is no more awkwardness—no more 'joint tenants' or however gay people have had to take titles in order to own," says Summer Greene, a general manager of Better Homes and Gardens Florida 1st in Fort Lauderdale, Fla. "That means less paperwork, and now it's therefore easier to qualify. Before you'd have people committed for 20 years and would have to have two different applications for mortgages, et cetera."

According to a recent survey, 81 percent of nearly 1,800 LGBT respondents recently surveyed felt that "a ruling for marriage equality will make them feel more financially protected and confident," according to the survey conducted by Better Homes and Gardens Real Estate and the National Association of Gay and Lesbian Real Estate Professionals.

Many of the LGBT's surveyed also expressed concerns about renting. Eighty-two percent said they were concerned about rising rents. What's more, 59 percent say they plan to have children in the future -- both factors are potential motivators for purchasing a home.

A 2012 study by the Harvard Business Review that looked at more than 20,000 real estate transactions in Ohio in 2000 suggested that gay couples gentrifying neighborhoods could even influence home values. The study concluded: "The addition of one same-sex couple for every 1,000 households is associated with a 1 percent increase in home prices in U.S. neighborhoods that are socially liberal, but a 1 percent drop in neighborhoods that are extremely conservative."

Migration of same-sex couples to an area increases home values, in part, because they tend to develop or enhance cultural amenities, the study's authors notes. However, in socially conservative areas, housing prices reflect prejudice against gays.

One comment on “What does gay marriage mean for housing?”