Worried about a housing bubble? Here's 5 reasons why you shouldn't be

The ten-year anniversary of the United States' 2006 housing crash is just around the corner, and many Americans are getting worried. What with home prices now soaring above what they were in the bubble era, concerns are being raised that history might be about to repeat itself. 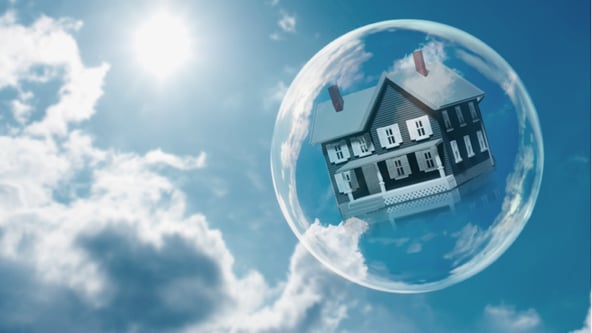 But real estate industry experts tell The Street there's no reason to worry, pointing to numerous factors about the health of the housing industry that indicate we won't be seeing any bubbles for the foreseeable future.

Here's five very good reasons why you don't need to worry about a housing bubble:

1. Foreclosures are falling – Although bank repossessions recently increased slightly, just 2.1 percent of all existing housing loans are in foreclosure. This is the lowest level since 2007, says the Mortgage Bankers Association.

2. Fixed-rate loans are more popular – And this is a good thing, because if and when interest rates rise, this won't cause as much shock with short-term Adjustable Rate Mortgages (ARMs) compared to back in 2008-2009. Back then, many homeowners saw their ARMs reset and found themselves unable to afford their monthly repayments, leading to a wave of loan defaults.

3. Construction is still flat – While that doesn't sound like particularly good news, it is for existing homeowners. The lack of construction is one of the big reasons why housing inventories are at their lowest point since 2000, while the U.S. population has grown by 14 percent in that time. Meanwhile, new single-family home starts are 60 percent less than in 2006, which means we're unlikely to see an oversupply of homes on the market anytime soon.

4. The growing economy – The U.S. has been steadily adding jobs each year for the last five years, and the quality of those jobs is improving too.

5. The resurgence of first-time buyers – New buyers are jumping into the market thanks to a number of special programs. Moreover, they're being helped by agencies like the Federal Housing Administration, which this year reduced its annual mortgage insurance premiums by up to $900 annually. Experts predict that move could bolster home sales by as many as 5.6 million units. In addition, the National Association of Realtors believes the measure could help some 140,000 new buyers enter the market.

One comment on “Worried about a housing bubble? Here's 5 reasons why you shouldn't be”