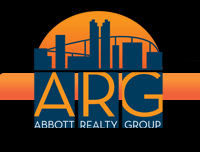 “All listing syndicators … act as middlemen and post our valuable listing data alongside the contact information of other agents and brokers who rent ad space on their sites. Usually they do this … while claiming that exposure of our listings in any way on the Internet is a good thing. Time and results prove absolutely that it is not.”

In the video, Abbott claimed that while his company’s listings may have received thousands of hits through their party websites, these rarely resulted in buyers seeking to view their properties, nor did they lead to faster sales or more positive outcomes for the company’s clients. Instead, Abbott claimed that the small number of people who did respond to ARG’s listings through third party syndicates often had untrue or inaccurate information about the homes they had viewed online.

Continuing his attack on the syndicates, Abbott stated:

“These sites represent a failed approach to property marketing and one that frustrates homebuyers, hurts home sellers, and brings little value to the brokers and agents (who) actually own the listings and the creative content attached to them.”

Abbot went on to label third party listing sites as “nothing but slick advertising platforms” accusing them of misleading sellers into thinking the market was swarming with active buyers, while posting inflated for-sale inventories that deceived buyers into thinking markets were flooded with available properties.

ARG’s decision to remove its listings from third party syndicates follows a similar move by Edina Realty last year, which reignited a long standing debate over the benefits that this type of service affords to realtors.

Naturally this latest move will lead to questions about whether or not we can expect to see further withdrawls from third party syndicate sites in future.

San Diego Castles Realty owner Kris Berg is just one realtor who is already considering following ARG and Edina Realty in pulling out. She told Inman News in an interview that her company had struggled with the issue for some time and was taking a “long, hard look” at what to do next.

"From rental scams to outdated or inaccurate listing displays -- even on occasion our own listings posted by other agents portraying them as their own -- it is becoming increasingly time-consuming and difficult to help the consumer sort through the confusion.”

Berg said that the problem for her and many other brokers was that sellers generally believe third party syndicates offer value as they allow listings far greater visibility than they would receive otherwise. As a consequence, many real estate companies fear sellers will ignore them if they pull out.

Of course, such worries did not concern Edina Realty, a company that is backed by no less than Warren Buffet himself and is already the largest real estate company in Wisconsin. And with ARG joining the club and pulling its listings from syndicates, it will be interesting to see if this emboldens other realtors who take a similar view of the likes of Trulia and Zillow.