CENTURY 21 Topsail Realty is pleased to announce that David Lawrence completed 2016 ranked 1st in Rhode Island and 18th in New England in overall producing sales for the entire CENTURY 21 brand and earned the coveted CENTURION® award. David earned this recognition for individual sales by closing over $23 million in commercial and residential transactions between January 1, 2016 and December 31, 2016.

David has been a licensed real estate agent in Rhode Island since 1984, when he followed his father’s footsteps into the industry. In 1989 he and his wife Jennifer opened CENTURY 21 Lawrence Associates which grew to include multiple offices on Aquidneck Island. After many years of success as part of the CENTURY 21 Access America, David and Jennifer’s Newport office joined the CENTURY 21 Topsail franchise in 2013. 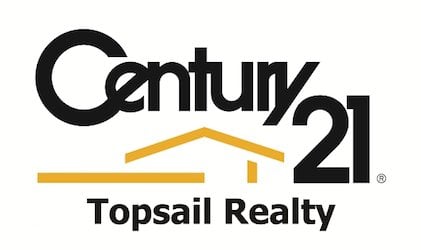 Throughout David’s career he has worked tirelessly to provide his clients with real-time market information, in-depth market research, seasoned advisory services, an expertise in capital markets, unparalleled national exposure of their listings, and more. “I was thrilled to learn that I closed out 2016 on such a high note, but it wasn’t without putting in years of hard work and dedication. Working in both residential and commercial real estate can be challenging, since commercial real estate is quite different, with some properties taking months or even years to find the appropriate buyer. By maintaining close relationships with current and past clients, being diligent with follow-up, and working to understand the needs and requirements of all parties involved I was able to have a stellar year and anticipate more of the same in the future,” said David.

Paula Martel, Broker for all three CENTURY 21 Topsail Realty offices, recognize David’s outstanding contribution to the company. “I know what hard work was involved in achieving this level of production and in not only meeting goals but surpassing them! David’s expertise’s in commercial real estate is highly sought after in his marketplace. Since he started his career in 1984 he has consistently been a high-performing agent. Over the years he has formed great relationships with his clients and prospective clients and we applaud his 2016 success.”