NAR's Yun: Inventory shortages mean there are no cheap homes left on the market

Last July saw an unexpected slump in the number of home sales, and experts say it could be a sign that the market has just become too expensive for “normal” buyers. 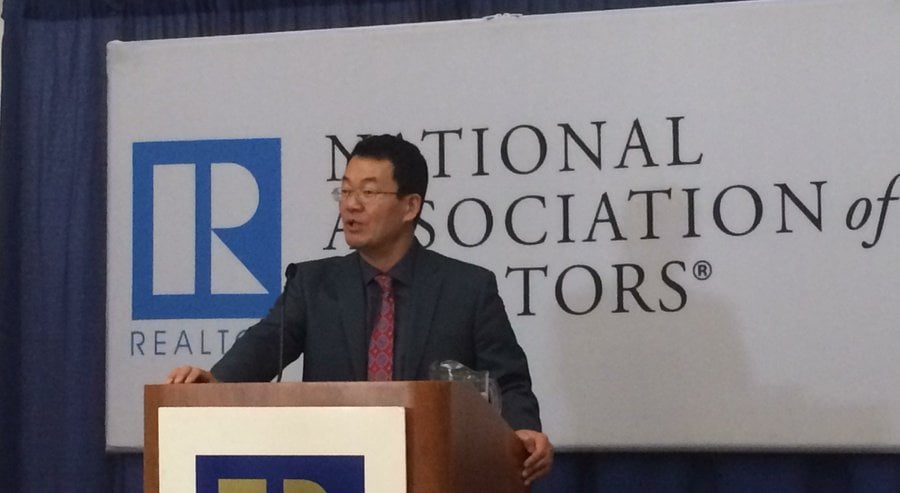 The National Association of Realtors’ most recent data shows that median home prices hit a record $258,300 in July, the highest ever recorded. The NAR divides home sales figures into six price “buckets” and said that the lowest-end of these, which covers homes in the $100,000 and below range, saw sales down 14 percent compared to the same month one year before.

In contrast, sales of homes in the most expensive, multi-million dollar price bucket jumped by almost 20 percent in the same period.

For the month of July, the NAR reported that total existing home sales fell by 1.3 percent compared to the previous month.

The most telling statistic however is that homes valued at $500,000 and above now account for over 14 percent of all sales. That’s up from just 9 percent back in 2013 when the market had only just begun its recovery from last decade’s recession. Meanwhile, the market share of homes in the lowest price bracket is less than half of what it was in 2013.

Inventory shortages have been a concern for some time, and much pressure has been placed on homebuilders to step up and provide more affordable units for buyers. But despite the fact that most builders have increased construction and are selling homes at an historically fast rate, most are targeting the mid-to-upper end of the market, at the expense of lower-priced homes. The builders argue that lower-end homes just aren’t profitable these days, due to the high costs of land, labor and materials, and what they say are excessive regulatory costs.

As a result, home price gains across the country continue to accelerate, and there are signs of overheating in markets where inventories are lowest. National inventories were down 9 percent compared to July 2016, while the NAR’s housing affordability index recently hit its lowest level since 2008.

“Home prices are still rising above incomes and way too fast in many markets,” said Yun. “Realtors continue to say prospective buyers are frustrated by how quickly prices are rising for the minimal selection of homes that fit buyers’ budget and wish list.”